book your visit to the caves
go

Just a few kilometres from the city centre, Montetorto is worth visiting. Second of its kind in Italy, it houses the remains of a rustic Roman Villa (1st century BC -4th/5th century AD) which was a centre of wine and oil production.

A site of interest because of its uniqueness in Italy

The remains of an ancient Roman rural villa from the I century BC can be found just a few miles away from the town center, on the sweet hills of Montetorto, amongst olive trees and beautiful vineyards. On that area there was a broad agricultural complex dedicated to oil and wine production. Still, entering the site, you can look at the large rooms where once were wine- and oilpresses, the drainage channels, the collection tanks and the storehouse with dolia to preserve the final products. A few centuries later, the villa was abandoned and later on transformed into a working center for pottery and metals, but it has never lost its ancient charm. It is a “must-see” for history and nature lovers. 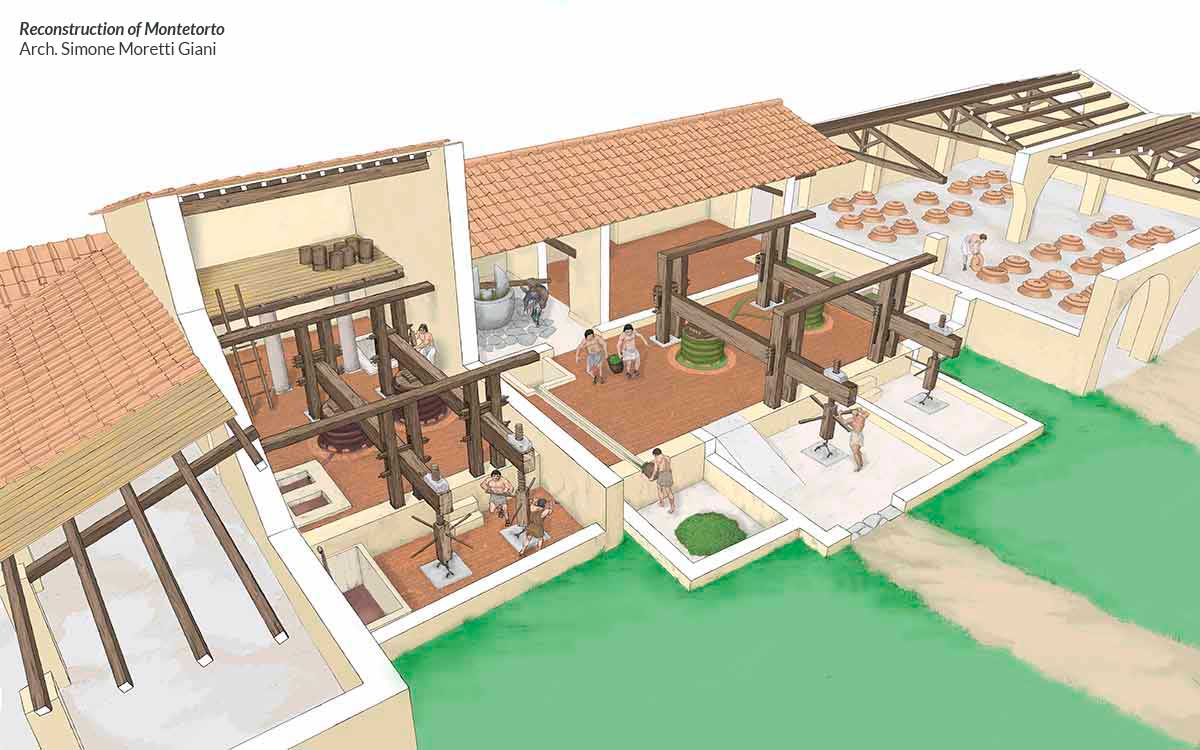